Buzz Aldrin married at 93: the first man to walk on the moon said yes to his partner Anca Faur

“We are as excited as runaway teenagers,” Buzz Aldrin tweeted. The first man to set foot on the Moon feels like he’s on cloud nine at the start of 2023. “I’m happy to announce that my longtime love, Dr. Anca Faur, and I are married “, writes the former member of the Apollo 11 mission in commentary on two photos where we see him laying the flower in his buttonhole alongside the chosen one of his heart. The dashing nonagenarian said yes to his companion during a small private ceremony organized in Los Angeles this Friday, January 20, the day of his 93rd birthday.

A personality unknown to the general public, Anca Faur, 63, is none other than the executive vice-president Buzz Aldrin Ventures, a lucrative company which she has managed since 2019. A brief glance at her Linkedin profile reveals a brilliant career : studies in chemical engineering at the University of Pittsburgh, a position as treasurer in the service of a lobby for hydrogen and fuel cells. Anca Faur cannot, however, boast of being the first woman in history to put the ring on Buzz Aldrin’s finger. The famous astronaut has indeed been married more than once.

On my 93rd birthday & the day I will also be honored by Living Legends of Aviation I am pleased to announce that my longtime love Dr. Anca Faur & I have tied the knot.We were joined in holy matrimony in a small private ceremony in Los Angeles & are as excited as eloping teenagers pic.twitter.com/VwMP4W30Tn

What to know about Buzz Aldrin’s private life

Buzz Aldrin had not yet taken to the stars when he was first married on December 29, 1954. The lucky winner, Joan Ann Archer, an alumnus of Rutgers and Columbia universities, would give him three children, James, Janice and Andrew, before divorcing twenty years later. Buzz Aldrin’s second marriage, on the other hand, did not last long: the astronaut divorced a certain Beverly Van Zile in 1978, two years after saying yes to her for life. His third wife, Lois Driggs, whom he married on Valentine’s Day in 1988, remained on his arm until 2018. The astronomical divorce had cost the former American pilot more than half of his fortune, then estimated at $475 million. Did Buzz Aldrin ever have his feet on the ground? 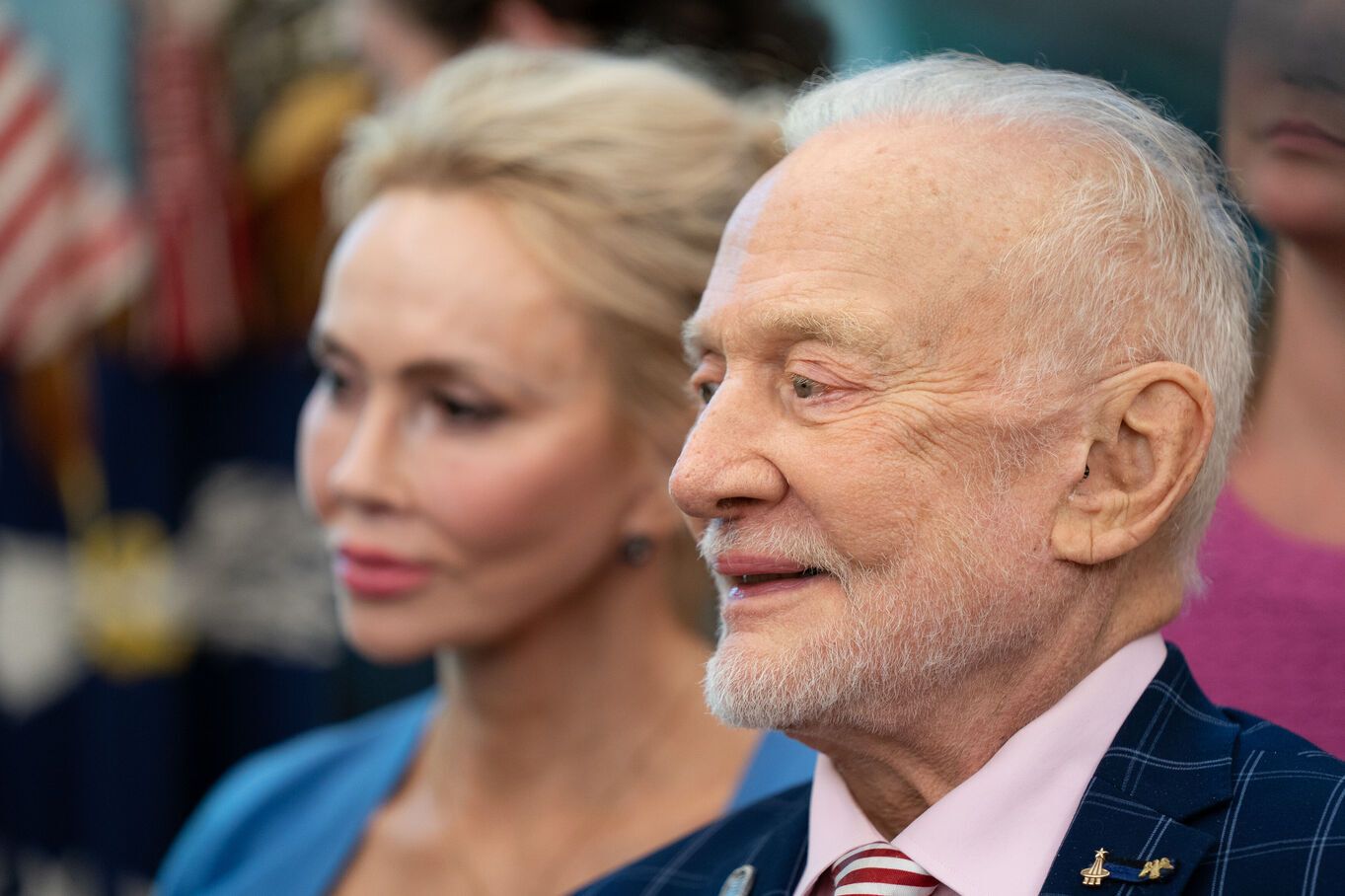