AUTOPSIES OF STARS. Coco Chanel, the disappointing last words of a fashion icon

She had an extraordinary personality and a career that is still controversial more than 50 years after her death. Coco Chanel, illustrious fashion designer, will however have been much less inspired at the time of her death than during her career, with final words as tragic as they are banal. It was on a Sunday that Gabrielle Chanel, renamed Coco Chanel after her interpretation of “Qui qu’a vu Coco dans le Trocadéro” in a café, died in her bed at the Ritz Hotel in Paris, around 9 p.m. . She was 87 years old. Hard at work, Coco Chanel was still, a few days before her death, preparing the spring-summer collection of the year 1971, which she was to present. Yet the fatigue had already weighed on her for a while since the day before her death she had felt ill and had had to go to bed early to recover.

On January 10, 1971, however, after lying on her bed after a walk and suffering from chest pain, she felt death coming. According to Le Monde, she would have started by addressing her maid by expressing her discomfort: “I’m suffocating, Jeanne”. She would then have said to him, between two movements of panic and feeling herself leaving, “This is how you die” before taking her last breath. An unadorned death described in a very pragmatic way, in the image of the victim, but which nevertheless caused an international stir in the world of fashion – but not only.

A life between elegance and collaboration

It must be said that the life of Coco Chanel has been full, from her childhood in a modest environment to her dazzling success in the fashion industry. The one who began her career as a hatter has indeed managed to diversify her brand and offer a collection of clothing, jewelry, handbags and even perfumes which, still today, make the whole world dream. But behind a genius fashion designer behind the famous little black dress was also a woman who was uncompromising, determined and had definitely chosen the wrong side of history while Europe was torn apart during the Second World War. .

After closing her fashion house on the announcement of war, thus dismissing 4,000 workers who had opposed her in 1936 to demand better working conditions, Coco Chanel quietly continued her life at the Ritz. “The Ritz is my home,” she said after having rented a 188 m² suite on the second floor there, in 1937, with a view of Place Vendôme. In 1940, the Ritz was requisitioned under the German occupation to become the headquarters of the Luftwaffe, but this posed no problem for the seamstress who, in addition to keeping a suite there, lived there with Baron Hans Gunther von Dincklage. . The man would not only have belonged to German military intelligence, he will later be suspected of having recruited his lover to become a spy for the Germans.

A dark past, as dark as the “timeless black” that Coco Chanel loved so much, but which is often set aside in favor of the creations of this complex personality. However, it is difficult to ignore that the woman to whom we owe the famous perfume n°5 was steeped in collaboration and anti-Semitism in addition to being a notorious anti-feminist. Retrograde values ​​far removed from the elegance and modernity of her outfits. 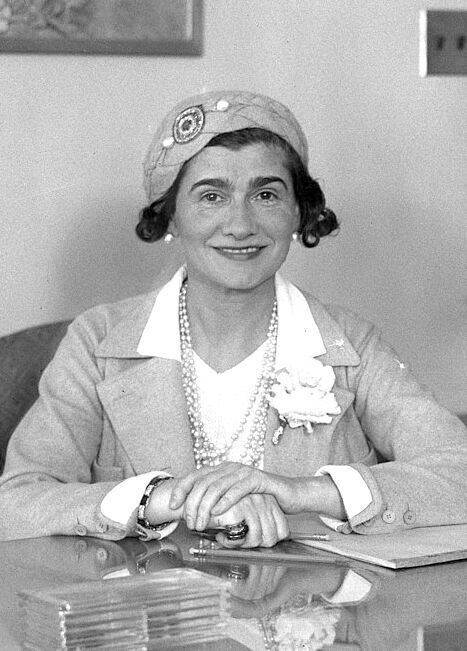