At seven months pregnant, she makes a stunning discovery

This new child, she was waiting for him more than anything. His son, Liam, was also happy to welcome a little brother or a little sister. But if Genna Knox had dreamed of this new life for four, she had not considered other scenarios.

In 2019, as she entered her seventh month of pregnancy, Genna learned during a check-up ultrasound that she was pregnant with triplets. A shock for the future mother.

In 2019, Genna was 39 years old. For this “late” pregnancy, the future mother had to undergo extensive prenatal tests to ensure that everything would be fine. When she becomes pregnant, the blood tests come back normal. The doctor then gives her the option of “forgoing” nuchal translucency testing and an NT scan during her first trimester. “I said, ‘Oh, sure! “” Genna told the New York Post. “I was working full time and it was just one less appointment,” she added.

A middle school teacher in San Diego, Calif., Genna and her husband, Kyle, have their first surprise during their 20th week ultrasound. During the exam, the midwife asks Genna if she is expecting twins. “I looked up and I could clearly see that there were two babies,” revealed Genna. At the time, Genna and Kyle panic about the logistics of two newborn babies, but the excitement soon overshadows their worries.

At the beginning of the seventh month of pregnancy, future parents choose to perform a four-dimensional ultrasound to show their future children to their families. But that day, a big surprise awaits them. Genna and Kyle discover that they are expecting triplets, the third baby having been in hiding all this time. “I barely remember what happened then,” Genna recalled. “I was in total shock,” she added.

One baby hidden behind another

Director of maternal-fetal medicine at the Scripps Clinic in La Jolla, California, Dr. Sean Daneshmand, confided that this “hidden triplet syndrome” was not as “rare” as one might think. “When babies are very small, one baby can hide behind another,” he explained. “Generally, around 26, 27, 28 weeks, the missed baby will appear suddenly,” he said. At 33 weeks, on March 21, 2019, Kaylee, Lily and Cecilia are born. The little girls are placed in an intensive care unit for a few weeks but are now in great shape. 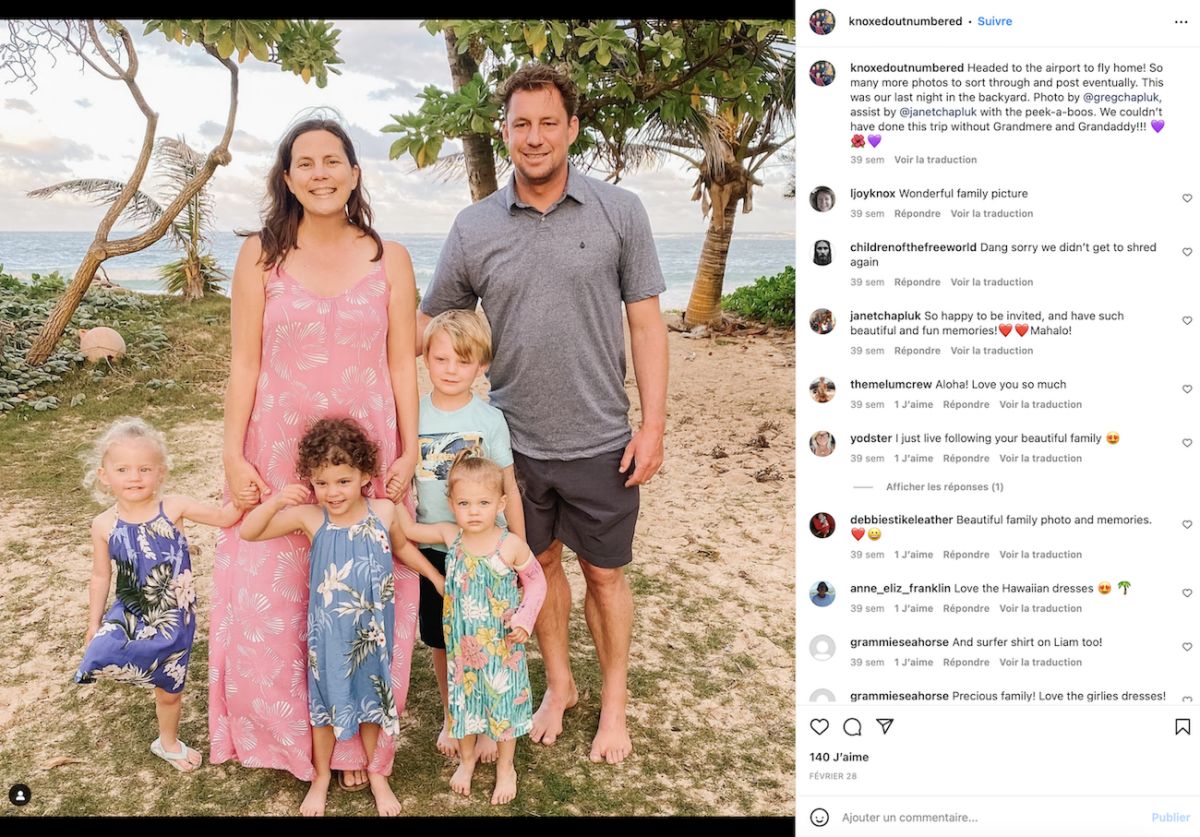