King Charles III comes to the aid of Princes Andrew and Harry. Indeed, the new monarch decided not to deprive his brother and son of a prestigious role. For the very first time, he wants to hire five more State Councilors to help him with his official affairs, if, for example, he were to fall ill. Until the late Queen’s death, these positions were held by Prince Charles, Prince William, Prince Andrew and Prince Harry, chosen because they were the next four in line to the throne and had at least more 18 years old. Currently, when the monarch is absent, affairs of state, such as approvals of most appointments and legislation, can be conducted by two councilors of state.

If some thought that King Charles III was going to dishonor Princes Andrew and Harry with this role, this will not be the case. “As the King and Queen Consort are likely to be absent, as are the Prince and Princess of Wales, it is only fair that this be taken into account,” said a source, who added that a formal process would be necessary, and which would be completed before the King’s first trip abroad early next year. In addition, King Charles III can be helped by his advisers, he who has a busy schedule.

Indeed, after the resignation of Liz Truss, the monarch met the new Prime Minister, Rishi Sunak. Guest of RTL on Wednesday October 26, the Franco-British journalist Philip Kyle, who worked for three years with Prince Charles, spoke about this first meeting. “What struck me yesterday when I saw the image of this ceremony, which is called the hand-kissing ceremony, was a warm handshake and the age difference between the two men. Rishi Sunak is forty-two, one of the youngest prime ministers in two hundred years I think, and Charles obviously at 73 and soon to be 74,” he said.

For the journalist, a detail could also make all the difference between the new head of government and the sovereign. “Rishi Sunak is more or less the age of his son William, the Prince of Wales. So I asked myself the question: ‘Couldn’t Charles act as a bit of a mentor for Rishi Sunak, who remember -le, has only been elected MP since 2015 and Minister of the Economy since 2020′”, he said. Before explaining: “So he is relatively new in the political sphere and I saw a nice parallel there with the first Prime Minister of Queen Elizabeth II, who was Winston Churchill and we know who had served as his mentor in the queen since he was half a century older than her” 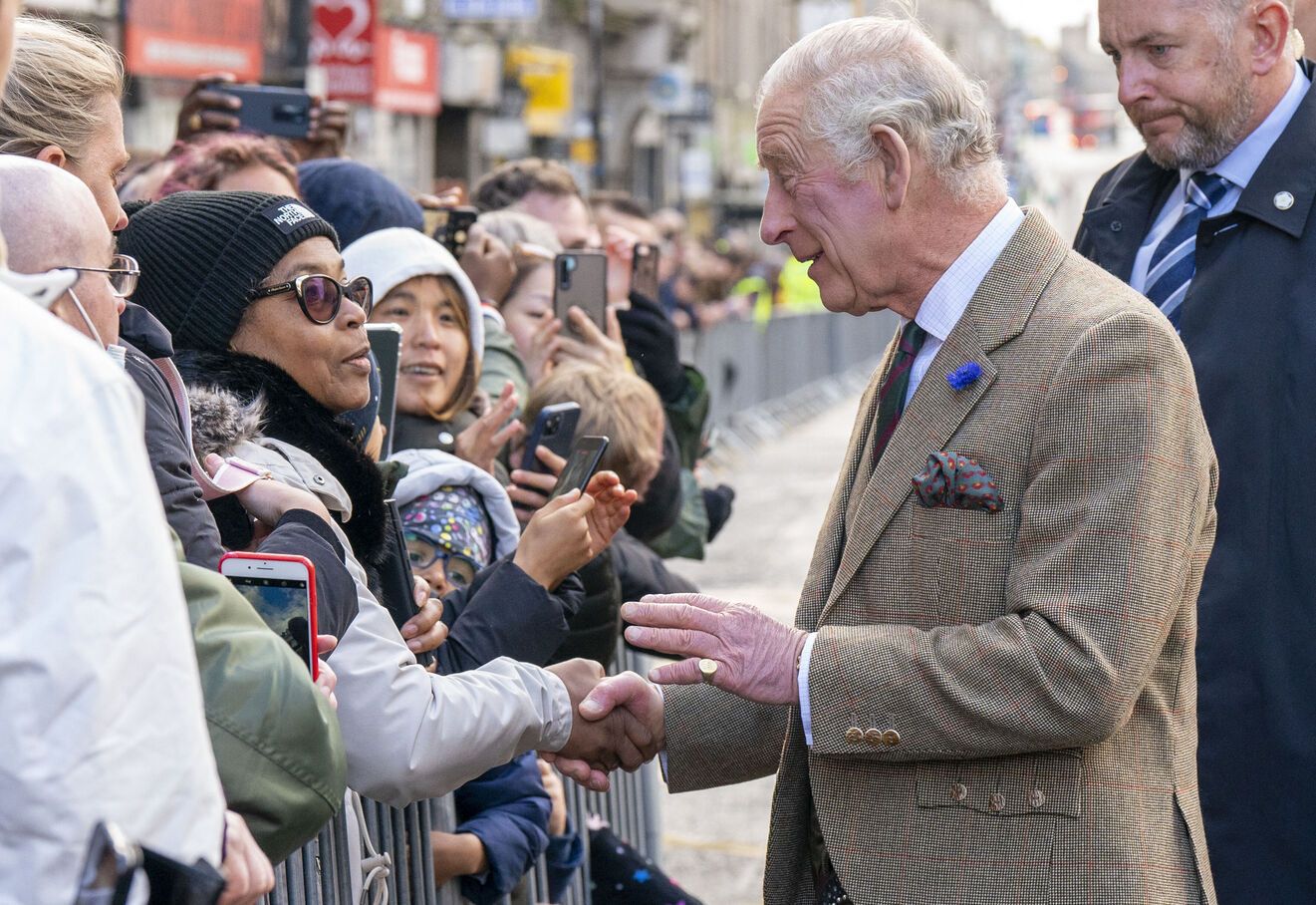