After a double mastectomy, she opts for tattoos rather than breast reconstruction

Let fate decide your life or take your destiny into your own hands? It’s not a simple decision that Marisa Kimmel had to make, opting for a preventive double mastectomy.

But this experience, Marisa wanted to make it a strength, also sharing her journey on her social networks in the hope of inspiring other women on the same path.

She was only 9 years old when Marisa Kimmel was diagnosed with alopecia. At that time, she remembers spending a lot of time trying, in vain, to fill in this hair loss in order to fit in better. At 14, she even received hundreds of steroid injections in the skull in an attempt to have real hair. Then, at age 19, after seeing pictures of people with alopecia, Marisa completely shaved her head, embracing her difference and no longer keen to hide. “These were heartbreaking photos. Everyone looked miserable. I wanted another future. A few years later, the young woman took an additional step, much more distressing.

In her family, breast cancers run. To find out her chances of also being affected by the disease, Marisa undergoes genetic tests. She learns that she has an 80% chance of developing breast cancer and a 40 to 60% chance of being affected by ovarian cancer. To prevent these risks, Marisa, like Angelina Jolie, decides to undergo a preventive double mastectomy. Only, unlike the star, she opts for a post-operative solution that looks more like her.

“The options were to do nothing for six months and then have breast and pelvic exams or I could do preventative surgery and that brought me back to my alopecia,” she told the New York Post, adding, ” I wanted to take control.” Instead of undergoing breast reconstruction, Marisa chose to have her chest tattooed. She regularly reveals it on her TikTok account in the hope of inspiring her 39,000 subscribers, pushing them, at the same time, to be strong despite the hardships.

“Social media can be difficult. You compare and see the strengths of each,” she said. “Me, I really try to share all the facets of my personality. I know how worth it is to continue to choose me and to find peace with the cards that have been given to me. Wife and mother of a 4-year-old boy, Abraham, Marisa now surrounds herself with people who love her as she is, especially as another difficult stage awaited her. On November 21, 2022, Marisa had her fallopian tubes removed. “With this, you can no longer get pregnant,” she explained. “It’s a decision that I can’t undo once made, so it’s heavy and full of all possible emotions,” she added. However, having learned from her past that some tough decisions were necessary, Marisa concluded, “The other side of that is more freedom.” 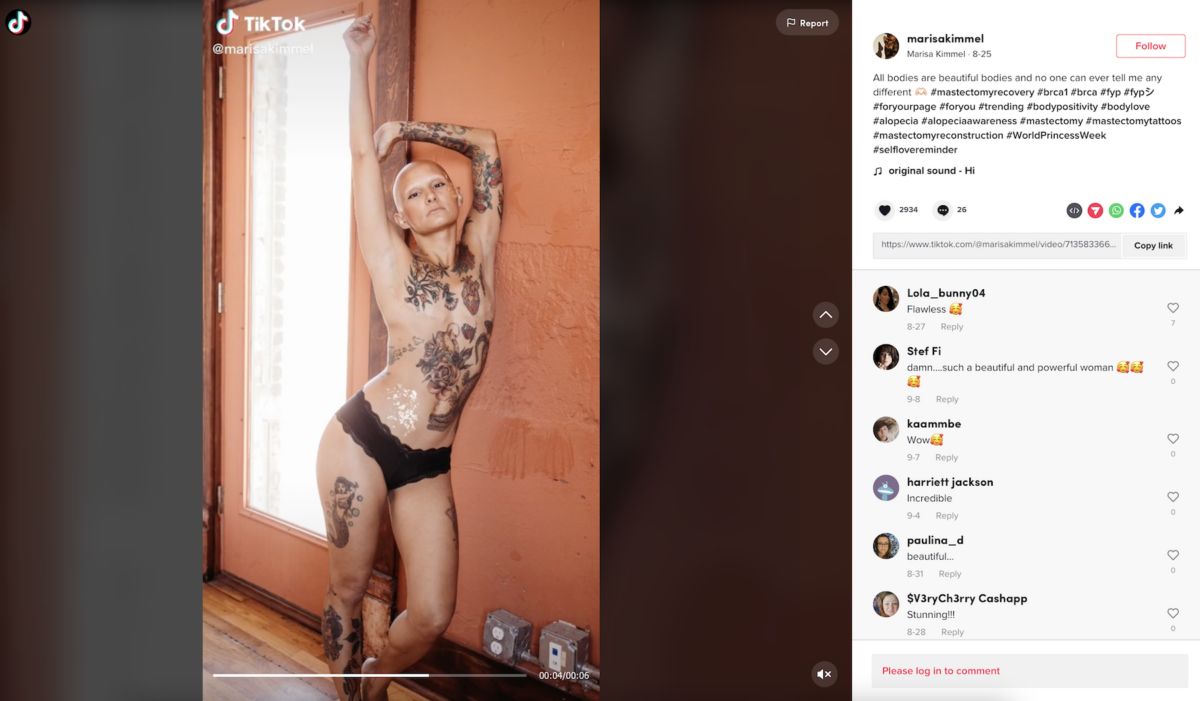