The start of the school year has been rather busy for Adam Driver. The sex symbol made a flash visit to the Venice Film Festival to present White Noise, available on Netflix at the end of the year. This adaptation of a novel by the sulphurous Don DeLillo (whose novel Cosmopolis had previously been adapted by David Cronenberg with Robert Pattinson) follows the story of an American family faced with daily conflicts, each of its members exploring “the universal mysteries of love and death (…) in an unstable world”, according to the synopsis. For Adam Driver, White Noise has the flavor of reunion. The film gave the Star Wars star the opportunity to work once again with his favorite filmmaker, Noah Baumbach, who directed him in Marriage Story three years ago. Driver also shares the poster for his new film with the director’s companion, actress and director Greta Gerwig, a long-time comrade he met on the set of the very indie Frances Ha in 2012, a distant time when this one never was (even) not yet one of the iconic faces of Lena Dunham’s Girls series.

Today, Adam Driver is hanging out with the cream of Hollywood: Martin Scorsese (Silence), Steven Spielberg (Lincoln), Clint Eastwood (J. Edgar), Spike Lee (BlacKkKlansman), J.J. Abrams (The Force Awakens), Terry Gilliam (The Man Who Killed Don Quixote)… The actor has just added another very famous name in independent American cinema to his list: Michael Mann, a genius in his genre to whom we owe masterpieces like The Last of the Mohicans with Daniel Day-Lewis, Heat with Robert De Niro and Al Pacino, Collateral with the unsinkable Tom Cruise or the biopic Ali with Will Smith. This summer, the filmmaker pointed his cameras at Adam Driver as part of the shooting of his next film, Ferrari, inspired by the creator of the eponymous firm. Set in 1967, this fake biopic, according to Michael Mann, takes as its starting point the bankruptcy of Enzo Ferrari, then caught between a tempestuous marriage, the mourning of his son Dino and the recognition of another child. To recover, the entrepreneur then put everything on a race, the famous 1000 Miglia. Early set photos reveal an unrecognizable Adam Driver in the lead role. With gray hair and drawn features, everything suggests that Michael Mann is about to deglamorize the face of Burberry.

NEW pics of Adam Driver on the set of Ferrari, Oct 6, 2022 pic.twitter.com/rdi4iieam3

This colossal project in which Adam Driver must participate after Ferrari

After Ferrari, Adam Driver will climb aboard another racing car. A juggernaut of a completely different kind led by a Hollywood legend: Francis Ford Coppola. The actor is indeed expected this fall on the set of Megalopolis, a project that the director of The Godfather and Apocalypse Now has been caressing for many years. To bring his dream to life, Coppola pulled out all the stops. Unable to count on the help of the majors, who were more interested in franchises and superheroes, the filmmaker partly financed with his own money the filming of Megalopolis, a production destined to make a date in Hollywood history since it will use a state-of-the-art technical device: “virtual” shooting, which an Atlanta studio has made a specialty of in recent years. Set in an alternative New York, this SF feature film is announced as a “story of love and deep introspection on the nature of Man”. Adam Driver will give the reply to Dustin Hoffman, Forest Whitaker, Zendaya, Laurence Fishburne and Cate Blanchett. What make you dizzy! 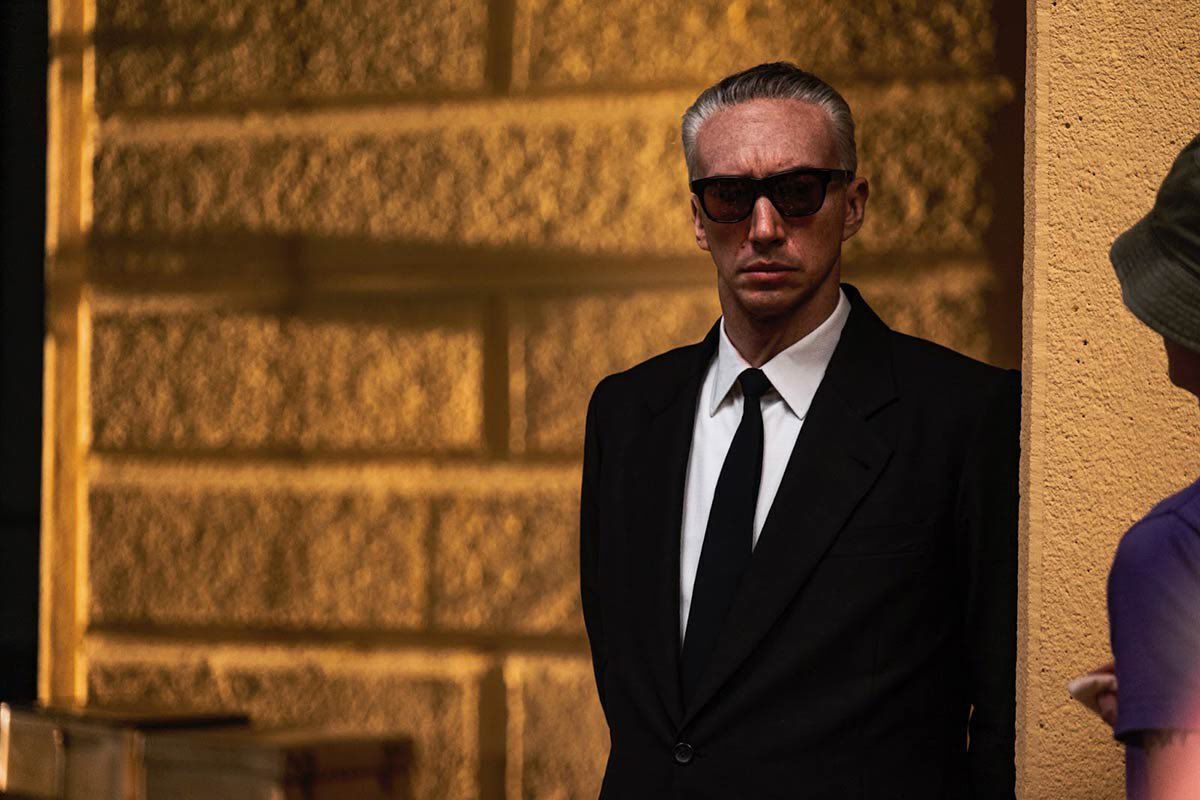 Adam Driver on the set of Michael Mann’s Ferrari © DR