“A little less…”: Kate Middleton makes a confession about her children after the death of Elizabeth II

Kate Middleton was in Sandrigham this Thursday, September 15
The Princess of Wales met Britons who came to pay tribute to Elizabeth II
She gave news of her children, George, Charlotte and Louis

For parents, it is not always easy to explain death to their children. Thursday, September 8, Kate Middleton was however forced to announce to George, Charlotte and Louis that their great-grandmother had breathed her last. While the most important members of the British Crown had rushed to the bedside of Elizabeth II, the Princess of Wales had chosen to stay in England with her children. Looking sad, we had also seen her driving her car on the way to the new school of her children, who were back to school that day. A week later, Thursday September 15, Kate Middleton went to Sandrigham with Prince William.

Thousands of people visited this symbolic estate where Queen Elizabeth II traditionally spent Christmas, to pay their respects and honor her memory ahead of her funeral. Accomplices and united in mourning, the Prince and Princess of Wales spent long minutes chatting with the British present in large numbers. According to the BBC, moreover, Kate Middleton made a tender confidence about her children to a man who came to greet her and told him how George, Charlotte and Louis were doing since the death of Elizabeth II. “My daughter asked her how the kids were doing, and Kate thanked her and said they were fine and being taken care of at school, so it was a nice exchange,” a- he told a BBC reporter present.

If Prince Prince George “understands the loss” of his great-grandmother, his younger brothers and sisters, Princess Charlotte and Prince Louis, “a little less”, continued Kate Middleton. And if the youngest of the prince and princess of Wales understands a little less that Elizabeth II is no longer of this world, he had an incredibly touching reaction when his mother told him about it. “At least grandma is with her great-grandfather now,” the 4-year-old told his parents. On September 10, in front of Windsor Castle, the Prince and Princess of Wales had already been questioned about their three children by a teacher. “William talked about George, Charlotte and Louis, saying they’re trying to keep a sense of continuity for them at school and trying to keep things as normal as possible,” she told People. .

“Catherine thanked me and that the whole nation felt it. They were both kind, genuine. It was really very special, definitely a day that I will never forget,” added the teacher. A week after the death of Elizabeth II, Kate Middleton and Prince William are in Sandrigham while the Earl and Countess of Wessex traveled to Manchester and Princess Anne, accompanied by her husband, traveled to Glasgow City Chambers to meet representatives of organizations of which the Queen was patron. All are preparing for the last farewell to the queen, whose funeral will be held this Monday, September 19. Her Majesty will then rest for eternity. 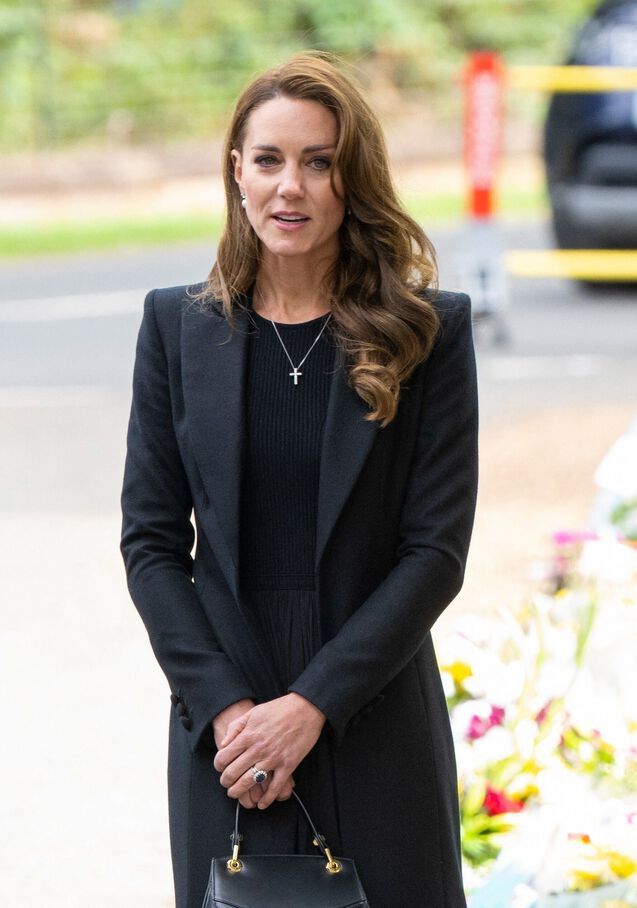